Critters in the Attic 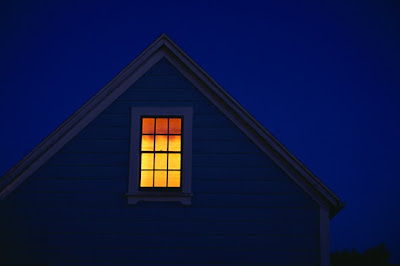 Two weeks ago, about the same time as all of the Thanksgiving hoopla, we noted that there were noises over head at our house-- noises, we thought, of the squirrel kind.

We had a squirrel in the attic several years ago. We got the trap from our friend the vet; we set it up with a little peanut butter and cracker, and WHAM! squirrel goes in the trap, door closes, and the squirrel's caught, shaking like the neurotic species that he belongs to.


Piece of cake or should I say, piece of cracker?

With the squirrel in the squirrel trap safely placed in the trunk of my car, David sends me to a neighborhood far far away to let the invading critter loose to roam in someone else's eaves.

I'm not sure now, as I think back retrospectively, why I was the one designated to do such an errand?

I remember telling a friend at work at the time about the great squirrel capture, as he was confessing about his own saga with a squirrel in his attic; I never confessed that I must have let it out in his yard.

End of that squirrel in the attic...

Well, now we seem to have the problem again; this time, it sounds like squirrels, but it ain't -- these guys are runners, leapers, jumpers, and chewers.

We've heard them in the living room, both bed rooms, but their favorite place seems to be the master bath. In there, they flit about like ice skaters, leaping and jumping, and only stopping to chew on a box, wood, wires, or perhaps to crank up the volume on the rodent rap.

They seem to like hanging upside down by their little stupid feet in the wall between the shower and the tub. I don't know that they are upside down, but how are they running up and down an inside wall like that --- are their little feet suction like?

David investigated the scene in the attic with his handy-dandy flashlight, one that holds 20 size D batteries; he could bring a ship to shore in a fog with that thing.

He delivered the bad news -- these are not squirrels -- unless they are white, and there are, at least, two of them.

David: Or albino opossums.
Me: More than one albino opossum in one attic at a time? I don't think so. If so, we need to call News of the Weird.

Guess what? The squirrel trapper ain't working on these guys.

Before he actually saw family Muridae, he placed the squirrel trap in the attic, again, and put out suet and crackers on four different occasions -- not only has the food been eaten, perhaps sneakily snatched from the sides with their little rat paws, but the trap door is shut and no varmit!

Rats are smart and small? They are not stupid like the squirrel?

David went to Home Depot and got "rat traps."

He told me: "They will get stuck on the sticky bottom of the trap and can do some pretty repulsive things. When I find them, I will cover them up and take them to the dumpster."

Before we went to bed last night, David checked the traps.

No rats. No opossums. No varmits.

Last night between 12 and 3, those darn things threw another party in the master bath.

BTW: Tallulah and Keats sit in the tub together and stare at the ceilings and walls wanting to get at those buggers.

Why does it have to be rats?